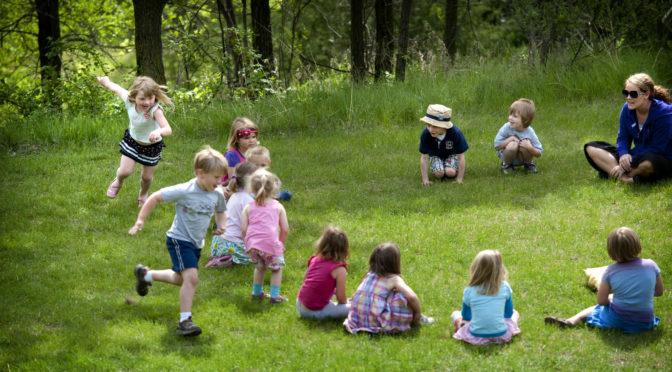 Prepare: You really don’t need any items for this, but you do need people!  You are going to need about 6 people minimum to make this work.  If you are in a place where that might be difficult to do with just children, make sure that you recruit a few helpers!

Ask the children if they know what forgiveness is and take a few answers.

Today Jesus is talking about forgiveness, but not just how often to forgive, but whom to forgive.  The whole conversation starts with Peter asking how many times you should forgive, but Jesus takes it one step further . . . or maybe many, many steps further.  Jesus tells a story about a king who forgives a servant, which is great for the servant! But that same servant won’t forgive a fellow servant in the same way. The king gets mad and punishes the servant. There are all kinds of things to talk about in this story, but the one that really catches my attention is that the servant stops the forgiveness. The king starts something good, he forgives the servant, but the servant doesn’t pass it on.

Let’s try to demonstrate this. First I need a helper. Now, all of you are going to raise your hands. When my helper touches your shoulder you can lower your hands, but if I touch your should you have to put them back up. Ready? Go!

Let this go on for a minute or so to demonstrate how the helper will never really get anywhere if you are working against her/him.

Ok, this is getting us nowhere! Just like in the story, the servant worked against the king’s forgiveness and everyone suffered. Let’s change the game so that when you get to put your hands down you then touch your neighbor’s shoulder so they can put their hands down.  Ready? Go.

Wow, that when much faster! Now think about how nice it would be to live in a world where we all forgave each other and just let things go!

Next, have each person “forgive” two other people.  Start with one person touching one person’s shoulder so they can lower their hands, then the person who just lowered their hands touches two shoulders. Then each of those people touch two shoulders and so on. See how much faster it is when we forgive many others, not just one other!

Forgiving God, through the grace of Jesus you forgive us no matter what we do! Help us to be forgiving people, even when it is difficult to do.  Amen

Be at peace in God’s forgiveness.